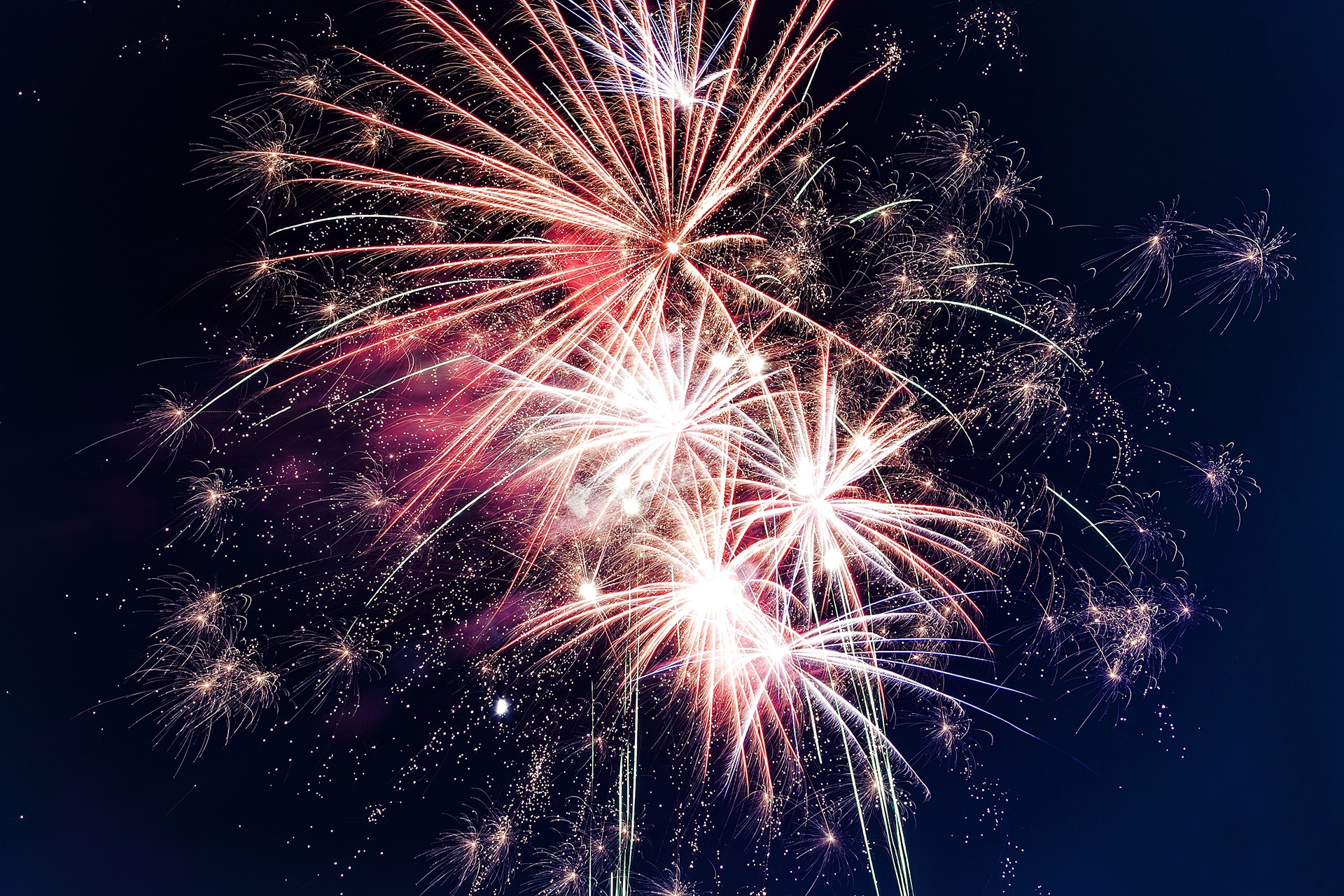 The first day of January marks the beginning of a new year for many nations in the world. Based on the Gregorian calendar implemented in 1582, is a largely secular celebration, and the festivities usually express a wish for good fortune and prosperity for year ahead. The rituals in many countries are given a unique twist thanks to the influence of religions, myths and cultures.

A common way to mark the occasion is with fireworks, which sees many cities across the globe put on elaborate and extravagant displays that are broadcast the world over. Some of the most famous include those in Sydney, Australia where the celebrations occur some 11 hours before those in the UK, and the iconic landmarks of Sydney’s harbour bathe in the colourful glow of vivid bursts. In Paris, the City of Light comes alive and the Eiffel Tower is silhouetted against the sparkling illuminations. Meanwhile, in London, the Thames waterfront becomes the focus as Big Ben chimes the countdown to the explosive midnight display.

Over in Brazil, fireworks also make up a big part of the celebrations in Rio de Janeiro, but New Year’s Eve here is a real mix of cultural influences. Known as ‘Réveillon’, the enormous fireworks display erupting from boats offshore of Copacabana Beach is just the tip of the iceberg, and the party often continues well into the next day. The Brazilian celebrations are entwined with Candomblé ritual, a fusion of religions from different regions of Africa as well as some aspects of Catholicism. Many people dress in white and float floral offerings into the ocean in order to pay tribute to the Afro-Brazilian deity of the sea, Lemanjá. It is also traditional here to eat lentils on New Year’s Eve, as this food represents wealth and good fortune.

Lentils feature heavily on the New Year’s menu in Italy too, for the same reasons – the link between lentils and prosperity is thought to date back to the Romans. Southern Italy is also known for another, rather more hazardous tradition – the disposal of unwanted household items by throwing them out of the window! Getting rid of old possessions is said to indicate a readiness to embrace the new year, but perhaps watch out if you’re walking below balconies or first floor windows…

In Denmark, it is specifically chipped crockery that suffers on New Year’s Eve. Apparently, any unwanted or damaged plates should be thrown at the front doors of friends, so awaking to many smashed pieces of porcelain on New Year's Day indicates good friends and good luck for the year ahead. Elsewhere in Scandinavia, Finnish tradition includes the melting of tin: the molten metal is dropped into cold water, and the resulting formed shape is used to tell one’s fortune for the year ahead.

Somewhat less destructive is the well-known Spanish tradition of doce uvas, or twelve grapes. Upon the stroke of midnight, Spaniards eat one grape at each chime of the clock, and if successfully completed this is said to bring twelve months of prosperity. This tradition is thought to date back to a large and plentiful grape harvest back in 1909.

A very specific ritual occurs in Romania, where in some rural areas a dance is performed by people dressed as bears – these fearsome costumed dancers are said to ward off evil spirits.

Of course, no list of new year celebrations would be complete without mentioning Scotland and its Hogmanay event, which truly welcomes the year with a bang. Here, the tradition of ‘first-footing’ is said to determine a person’s fortunes for the year to come: the first person to step into your house on New Year's Day can bring good or bad luck, and they should bring a gift such as a dram of whisky, some shortbread, or a piece of coal for the fire. Fair-haired visitors are said to be a bad omen – a historic belief perhaps resulting from the blonde locks of Viking raiders – whereas a tall, dark-haired man is said to bring the best luck!

Finally, our favourite new year tradition is one that we hear is practised in South America, where walking around with an empty suitcase on New Year’s Eve is said to encourage a year full of adventures ahead! Cheers to that.