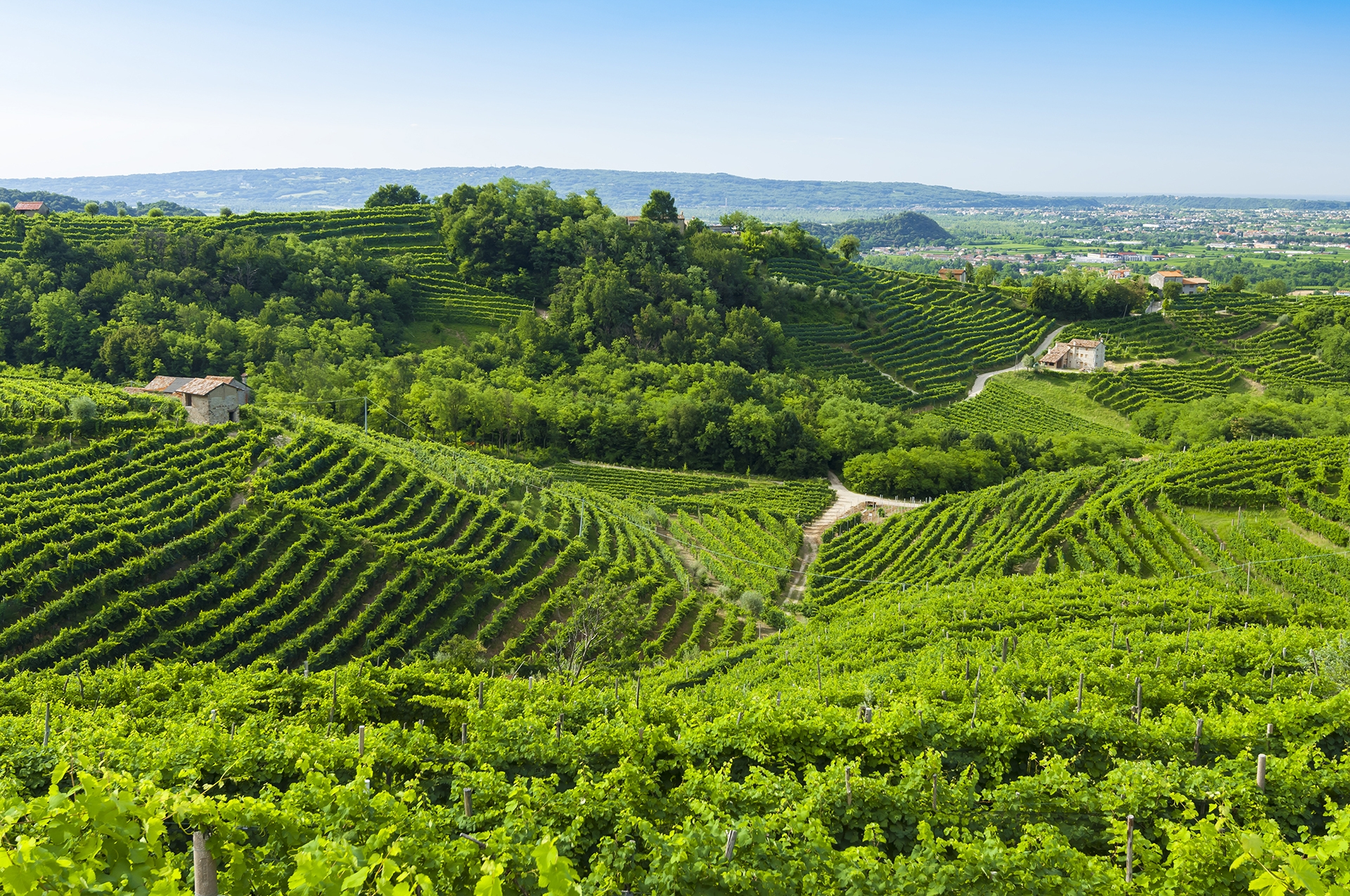 The hills of Conegliano and Valdobbiadene to the north east of Venice are best known as the production area for Italy’s revered sparkling wine, Prosecco Superiore DOCG. Now, these Prosecco-producing hills found in the Veneto region have been added to the prestigious list of UNESCO World Heritage Sites.

Following a bid that has been ongoing for over 10 years, the region has been added to the list thanks to the unique interaction of people and nature that has resulted in authentic, distinctive and scenic vistas.

The steep slopes of this challenging terrain have been used to cultivate vines for centuries, creating a glorious green mosaic across the hills which stretch for 30km. UNESCO state, "For centuries, this rugged terrain has been shaped and adapted by man [creating] a particular chequerboard landscape consisting of rows of vines parallel and vertical to the slopes."

Grapes grown on these compact, grassy hill terraces are credited with giving Prosecco its distinct and flavourful taste. The DOCG (Denomination of Controlled and Guaranteed Origin) certification goes one step beyond DOC, guaranteeing not only the origin but also the highest quality of produce.

Italy now has 55 World Heritage Sites, putting it on a par with China as the one of the countries with the most sites on the UNESCO list.