From the French ‘flâner’ – to saunter or lounge. Flâneurie is a concept that emerged in the 19th century, and is loosely defined as someone who saunters and strolls around, observing society and exploring the minutiae of city life. Associated with the writing of Baudelaire, a flâneur is a detached observer who is at the same time part of the urban spectacle, and has the time and privilege to wander the city at leisure. To walk the streets is to experience the city.

One of my favourite ways to explore a new city is simply to wander, taking in the sights and sounds of the streets without a specific destination, following… well, whatever catches my eye, or looks intriguing. Yes, this can result in what others (specifically, my husband) may call getting lost, or walking in circles, or aimlessly wandering, and it certainly encourages a good step count for the day, but personally I find it’s a lovely and leisurely way to get the feel of city and its people – often, discovering hidden corners just steps away from the tourist hotspots.

The town of Girona in Spain is a wonderful place for such wandering, as I discovered last summer. Located within the autonomous community of Catalonia, Girona has been in the various hands of the Romans, the Iberians, the Visigoths, the Muslims, the Franks, and the Aragonese during its 2,000 year history. Today, Girona is vehemently Catalan, and makes no bones about it. This rich history is easily explored on foot, as the ancient centre of Girona is not large, and the marks of different ruling powers can still be witnessed today in the town’s architecture: a kind of a stone tapestry dating back centuries.

It’s impossible to talk about Girona without mentioning its riverbank. Functioning as a demarcation between the Old Town and the more newly built sections of the city, the banks of the River Onyar are lined with colourful houses which overhang the water, reflecting the warm hues of yellow through to terracotta in a perfect composition. The river is criss-crossed with numerous footbridges, including a bold iron structure designed by the renowned Eiffel et Cie company of Paris.

Yet, when you cross this colourful façade and enter the medieval heart of Girona, it’s like stepping back in time. Some of Girona’s most notable buildings include the monastery of Sant Pere de Galligants; the Arabic Baths; the 9th century defensive walls with their associated gates and fortified towers; and Girona’s grand and elevated cathedral, the Catedral de Girona. The town’s ecclesiastical landmarks alone demonstrate a wealth of architectural styles – sometimes all in one building, as is the case with the Basilica de Sant Feliu, which dominates the Girona skyline from several angles.

These fascinating structures are stitched together by a network of narrow, medieval streets, whose pale golden stones gleam in the Mediterranean sun. Strolling down the alleyways lacing through the ancient section of town reveals a multitude of interesting details including clean Romaneque curves; Moorish doorways; Gothic turrets; arcaded plazas; evocative stairways; and tranquil gardens.

Girona also has a notable Jewish Quarter. Inhabited by a Jewish community from the 12th to the 15th centuries, today an old synagogue provides the walls for the Museum of Jewish History. The maze-like streets, patios, and ancient houses form one of the best-preserved Jewish Quarters in Europe.

Many of Girona’s interesting museums and galleries are located within this fine architecture – the town’s history museum is housed within an old convent; its art museum (with particularly fine Gothic and Romanesque pieces) within an episcopal palace. The region of Catalonia has a grand reputation in the artistic stakes, and Girona is no exception. The Catalan towns of Figueres, Cadaqués and Barcelona were instrumental locations in the development of the Modernista and Surrealist movements, associated with such heavyweights as Picasso, Dalí, Miró and Gaudí, to name just a few. Girona developed a reputation as a cultural centre in the early 20th century, and became a proponent of noucentisme.

Of course, all this wandering can’t possibly be done without some kind of sustenance – and Girona offers options for refreshment in spades. An abundance of excellent cafés and ice cream shops are complemented by Michelin-starred restaurants and fine dining experiences. My personal favourite, however, was Rocambolesc. Opened by celebrated pastry chef Jordi Roca (who hails from Girona), this contemporary spot is the place to get an ice cream with a gastronomic twist – like the town of Girona itself, it’s unique and creative with both its flavours and its aesthestics.

I can honestly say that I found the town Girona an absolute delight, and I can’t wait to return to Catalonia. My next visit will definitely include Figueres and the Dalí Theatre-Museum, which looks like a truly fascinating prospect! 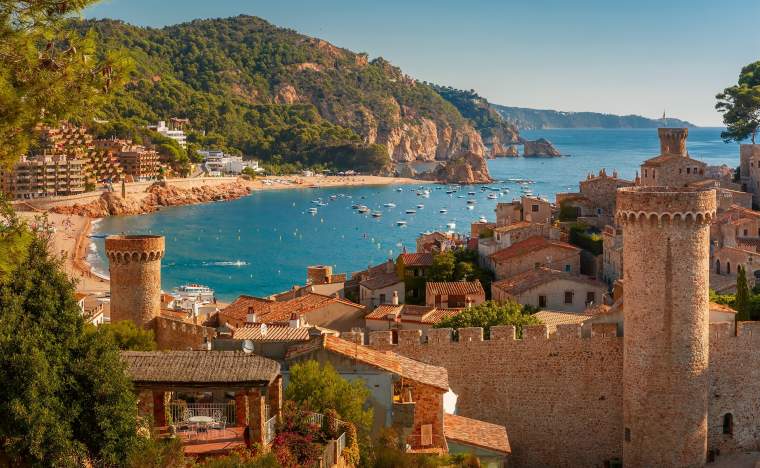 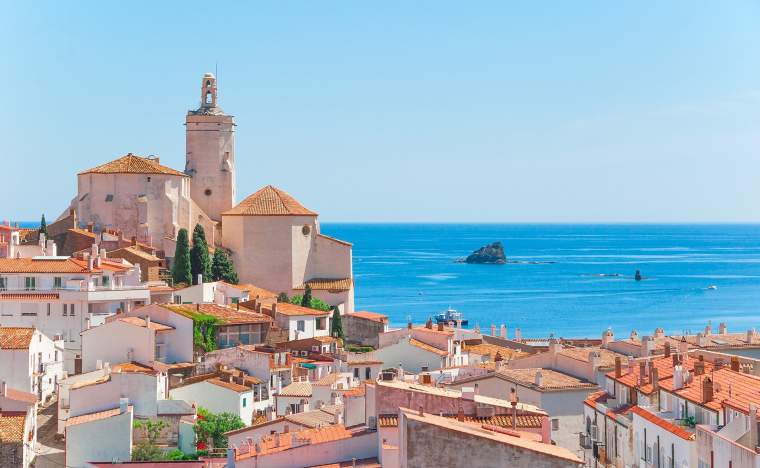 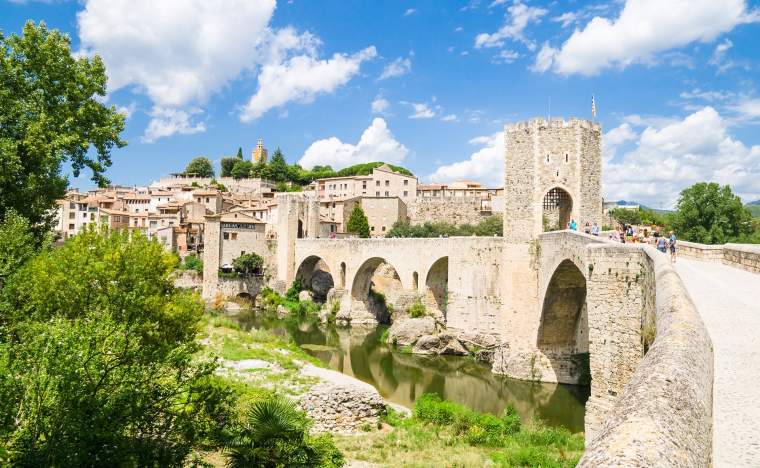 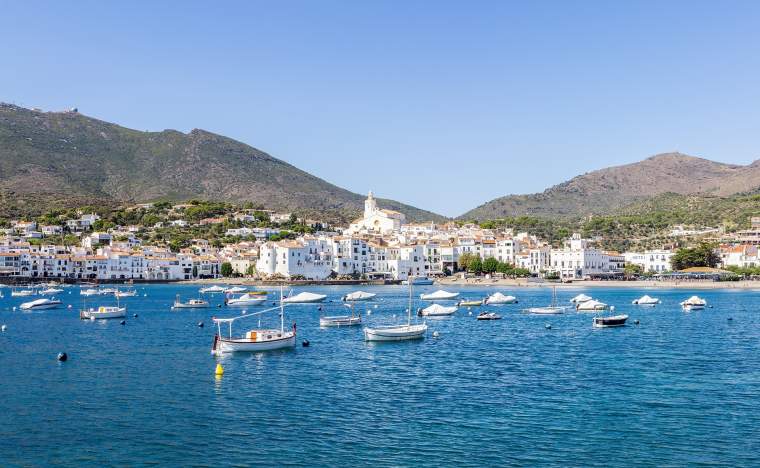 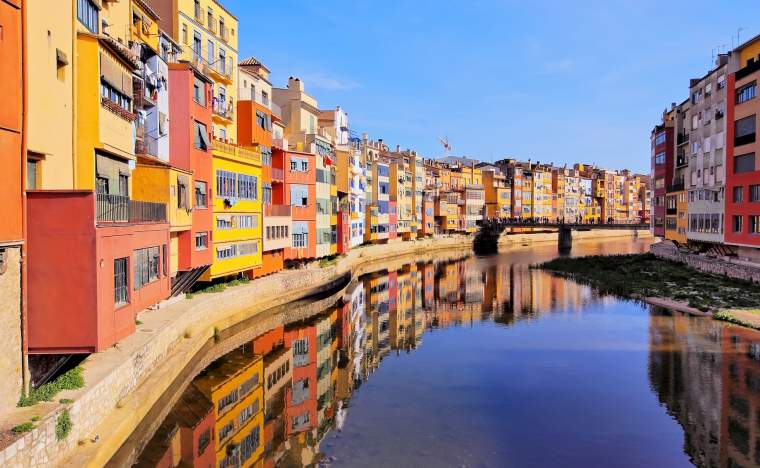 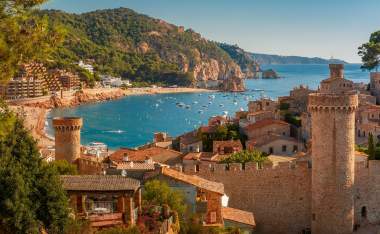 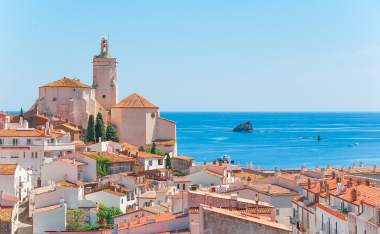 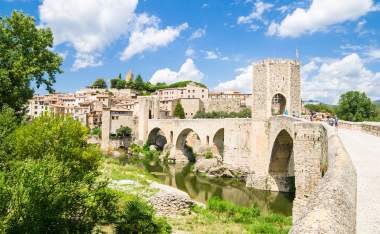 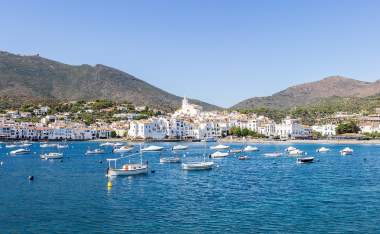 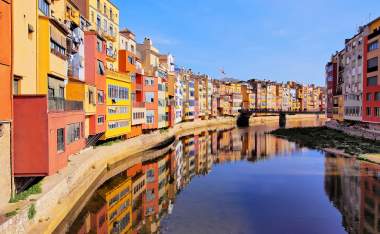 Tucked between the golden beaches of the Mediterranean and the dramatic peaks of the Pyrenees, Catalonia is an ancient and fiercely independent region. The creative playground of Dalí and Gaudí, inspirational Catalonia is rich with a quirky and unique aesthetic.