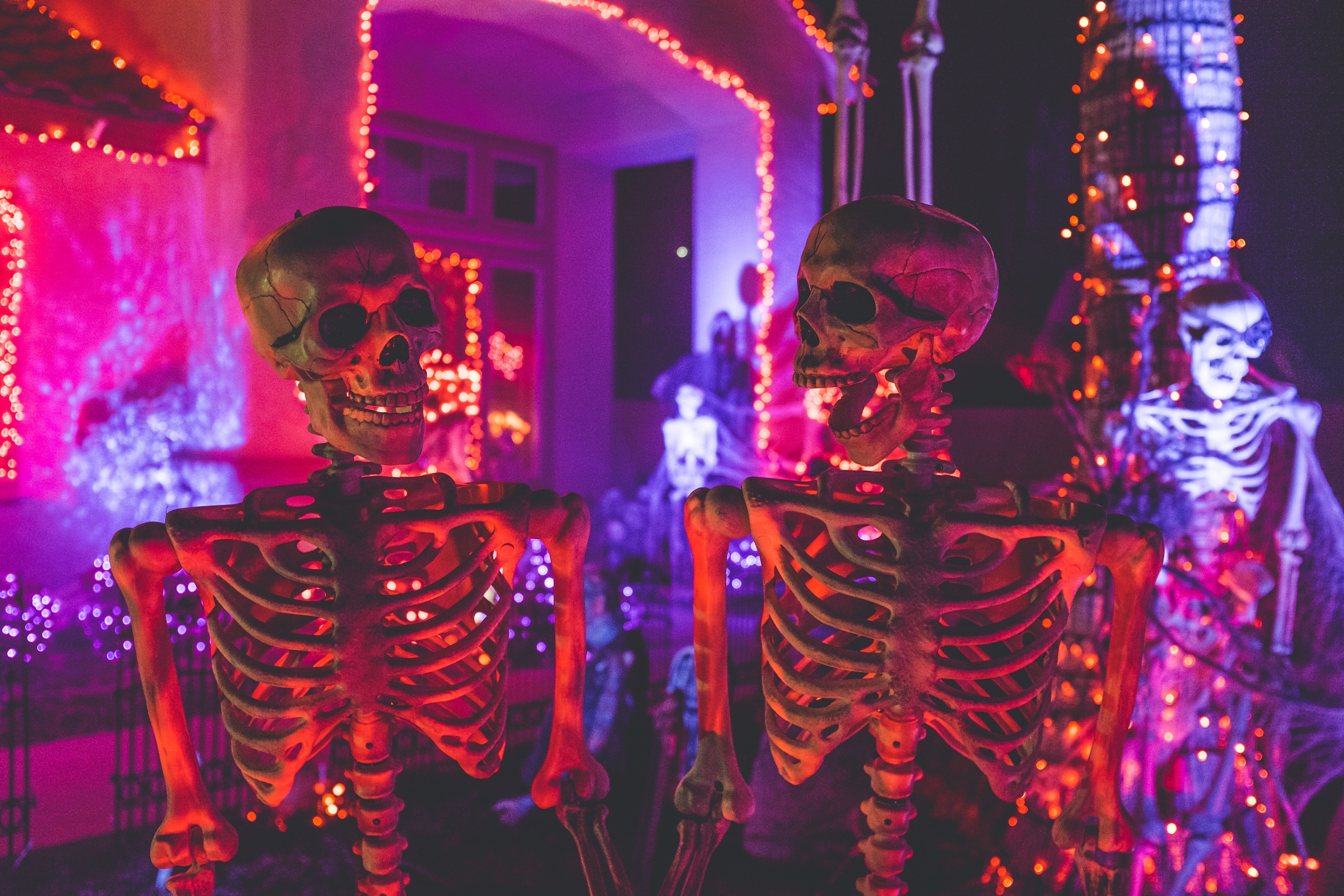 Halloween, All Saints Day & the Day of the Dead

Trick or treat, fancy dress and Jack o’Lanterns; the brightly adorned skulls of Mexico’s Day of the Dead… whilst it may seem nowadays that these brash icons are a commercial import from the Americas forming one big Halloween celebration, the cultural roots of these festivals date back to times of antiquity, and run deep and wide. Halloween and Day of the Dead (also known as All Souls Day) are often conflated, despite being from different cultures – however, if we take a look at the emergence of these traditions from a historical perspective, it’s easy to see why they are so intertwined. There is much more to these fascinating ancient concepts than simply an excuse to have a party!

The origins of Halloween lie firmly in Europe, pre-dating Christianity. It is generally acknowledged to have developed from the Celtic rituals of Samhain, an annual remembrance intended to honour the souls of the dead. Pagan rituals were performed by Druids within Celtic society, predominantly in Ireland, and it is believed that until the 17th century sacrifices were involved. Fire was understood to be a purifying force which cleansed the soul, and indeed the word ‘bonfire’ comes from these fires where bones were burnt… and we begin to see that even Bonfire Night, on 5th November, doesn’t quite have the clear cut political origins it seems to: the ancient Celtic ritual pervades even today, albeit in a less gruesome form!

During this time of Samhain, it was believed that the curtain between this world and the next was drawn aside – a blurring between the planes of the living and the supernatural. There was, therefore, an inherent danger threatened by malignant spirits. People attempted to appease these diabolical presences with treats and offerings; they would masquerade as grotesques in order to go unnoticed; and they would carve frightening faces into vegetable lanterns as a form of protection. In the Celtic regions of Ireland and Scotland, however, these lanterns would more commonly have been carved using swedes, turnips and beets rather than the pumpkins that pervade today. As the centuries progressed, Samhain eventually became known as ‘All Hallow’s Eve’ and was celebrated on 31st October.

It wasn’t just in the British Isles that the dead were held in esteem, however. In Italy, the Etruscans held a deep respect for the afterlife and the early Romans celebrated the festivals of Parentalia and Lemuria – days set aside in the month of May to respect the dead within one’s family and all the departed respectively. The first was a time of reflection, but the latter had traditions intended to scare away bad spirits, and to encourage good ones with flowers, food and other offerings. However, with the spread of Christianity across the Roman Empire, the rituals were altered and evolved into a fusion of ancient culture and more modern religion. The Romans later moved the Parentalia and Lemuria festivals to the 1st and 2nd of November, allocating them as All Saints Day and All Souls Day in the Catholic faith. In later centuries, the mingling of various European cultures in the USA resulted in a further evolution of traditions.

The Day of the Dead, celebrated in Latin America but most closely associated with Mexico, is a 3-day celebration beginning on the evening of 31st October and incorporating All Saints and All Souls Day. Whilst this has clearly stemmed from the Catholicism imported by the Spanish, it too has roots in antiquity and Aztec culture. Many pre-Hispanic civilizations of Mesoamerica had a cyclical view of the universe and held strong beliefs concerning the afterlife, and also believed that the border between the living and the dead was loosened once a year. With the arrival of Catholicism, this summer ritual was incorporated into the November saints’ days. The Day of the Dead is of huge cultural importance in Mexico – it is differentiated from Halloween in that it is not supposed to be scary or spooky, but is a celebration of the lives of those who have passed.

If you are interested in the culture and history of Ireland, Scotland or Italy, check out our tours to these regions.