The Longleat Estate is found in an Area of Outstanding Natural Beauty on the western edge of Wiltshire. At its centre, the stunning Longleat House is a grand Elizabethan construction surrounded by wonderful, ‘Capability’ Brown-designed landscapes, yet Longleat offers much more than historical splendour. It is perhaps most well-known for the safari drive that is found here, home to lions, tigers, giraffes and other exotic creatures. In addition, each winter Longleat is put in the spotlight – quite literally – by its annual Festival of Light. From November to January, the grounds immediately surrounding the house are brought to life by a themed series of Chinese lanterns which are illuminated at dusk.

It’s a place I am familiar with as I live less than 15 miles away, however I’ve never been to the Festival of Light event. So, I made a visit on a damp November evening last year, donning my wellies and with an umbrella in hand just in case of a downpour! Many of the groups travelling with Success Tours visit the Festival of Light for a Christmas time tour, and I really wanted to see the spectacle for myself. I made the visit after work, as I’ve already visited the safari several times before, however our groups usually arrive during the day in order to see the wonderful creatures in the safari park. As such, we arrived for the lantern display after darkness had fallen and wow, what a display it was!

We caught glimpses of the colourful illuminations as we drove into the car park, and even from a distance I could see that the event was going to exceed my expectations – the scale of lanterns was far beyond what I’d realised. Each year, the display is themed, and in 2018 the theme was ‘A Fantastic Voyage: a thrilling expedition around the world’. This incorporated scenes from different areas of the world, and included creatures and places stretching back into history: we even spotted a section of dinosaur lanterns! We began at a section exploring an underwater world, which was a really magical introduction. Brightly glowing sea anemones and corals lined the path, with tropical fish nosing through. Hung from the trees above were multi-coloured jellyfish, and it really did feel like we were under the sea. We discovered a scene from Old England, with knights and horses surrounding a castle ‘under siege’. The scale of the glowing castle-shaped lantern was truly impressive, stretching above our heads and featuring amazing detail – with archers defending the castle from its turrets, and ‘fire’ leaping out from behind them. There was even an ‘Outer Space’ themed section, with swirling planets and a rocket ship glowing in the surrounding darkness.

Some of my favourite sections of the display included the ancient Egypt lanterns and the Asia section. The Egyptian part was dominated by a huge pyramid, a focal point of the whole spectacle in fact, which was surrounded by palm trees and camels, decorated with hieroglyphs and guarded by mythical creatures. As in Giza, the pyramid was accompanied by a large and dramatic Sphinx. The Asia section was found in the gardens immediately surrounding the house, and was quite simply beautiful. Intricate lanterns, pretty lotus flowers, temples, peacocks, fierce gods, cranes and cherry blossoms could all be found carefully arranged amongst the shrubbery. Another highlight for me was the section devoted to the Mayan jungle, with ruined temple blocks and tropical creatures lining the walkway, including jaguars, snakes and tapirs – it was like entering a lost world.

Longleat House itself was also dressed for the season. Directly outside the spectacular front face of the house, a snowy lantern display of arctic animals lent itself well to the winter spirit and inside, the house was decorated in the manner of a 1920s Christmas. Despite having been to Longleat before, I’d never actually gone inside the house, and I was blown away by the spectacular intricacy of the property’s architecture and décor. Beginning in the splendour of the Great Hall, we wandered through several festively decorated, amazingly ornate rooms on the ground floor of the property. The stewards throughout were fully in character and embracing the theme of the ‘roaring twenties’, telling us about the Christmas cocktail parties and dancing that typified the festive season in this era! Our tour of the house ended in large Victorian kitchen, which has been converted to a foodie shop packed with sweet gifts. Traditional recipes and local treats had been made and beautifully packaged, making it the perfect place to pick up a few unique Christmas presents. Back outside, to the rear of the house, a huge, illuminated Christmas tree dominated the Main Square.

At a time of year where the days are short and often grey, the Longleat Festival of Light was a wonderful, unique, and colourful spectacle. The grandeur of the house is really special, and the Christmassy touches really got us into the festive spirit and cheered up the dark days of winter! 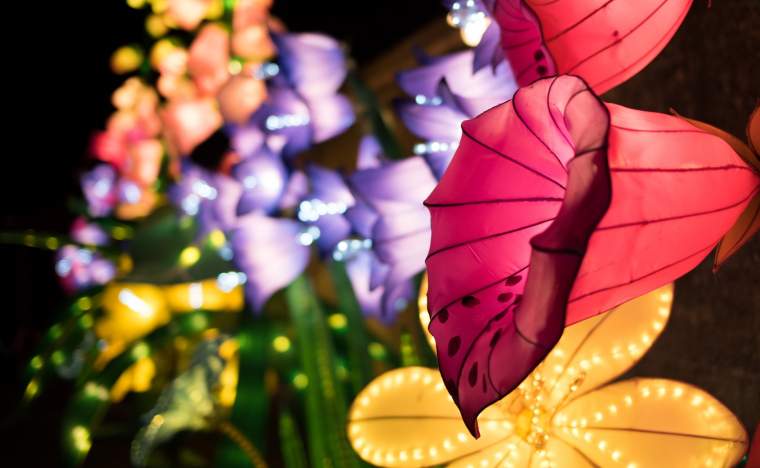 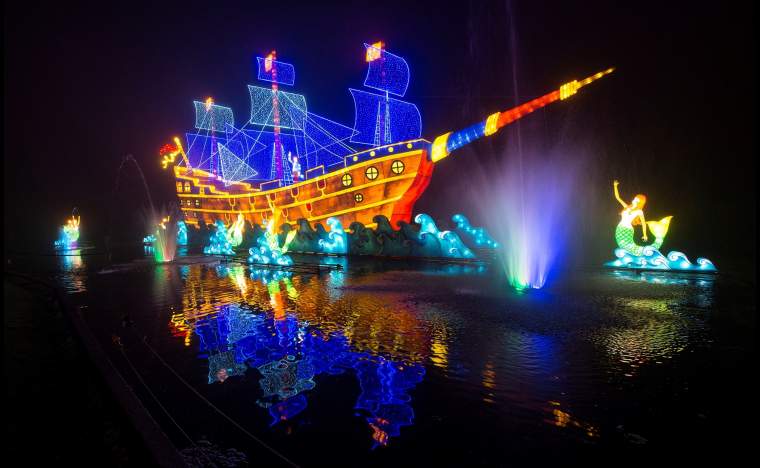 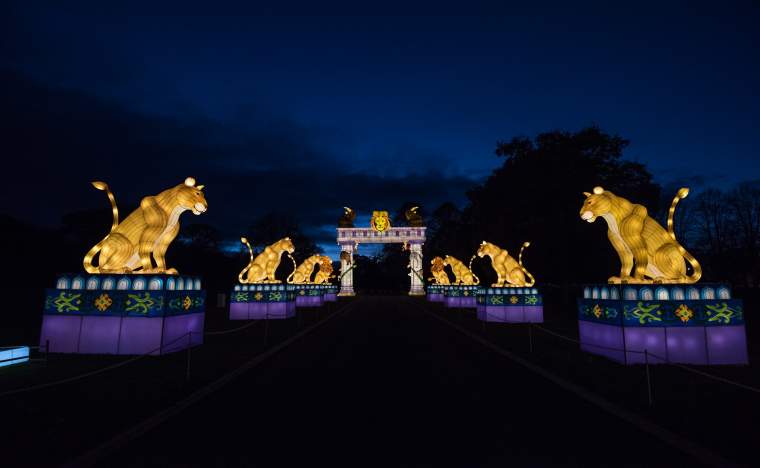 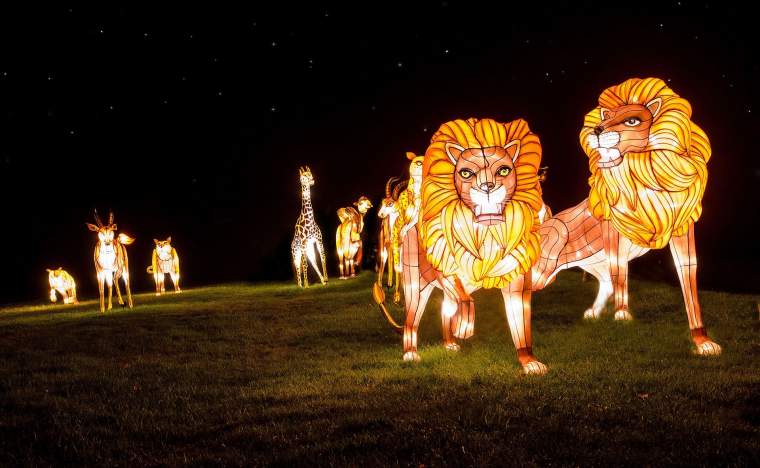 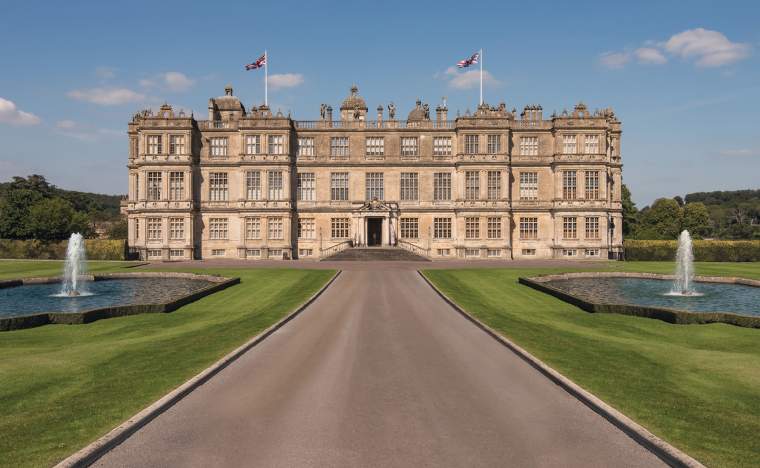 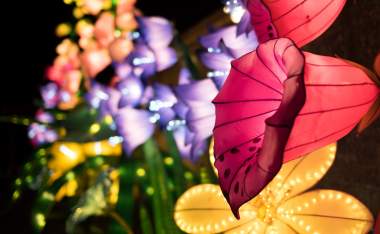 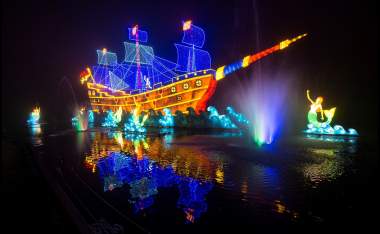 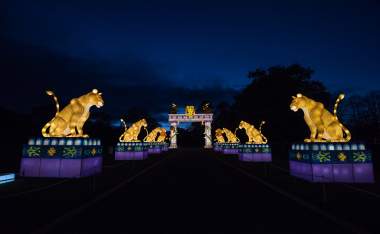 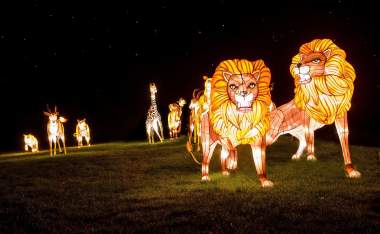 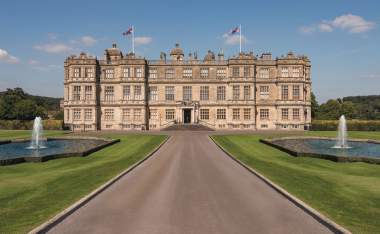 Longleat’s Festival of Light is a magical experience. With the stunning Elizabethan house adorned with festive decoration, outside the ‘Capability’ Brown-landscaped grounds come alive with a series of wondrous life-sized lanterns.